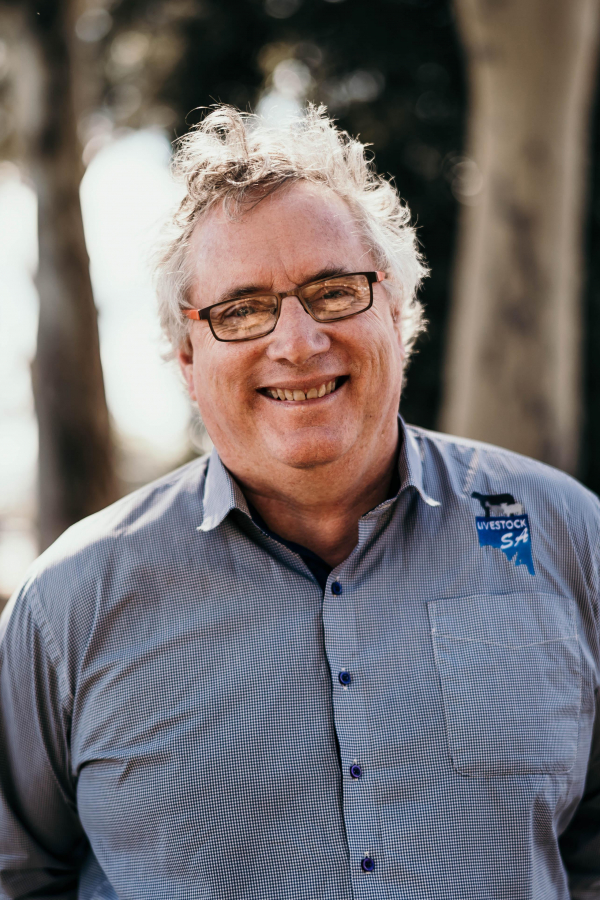 Andrew was appointed CEO of Livestock SA in May 2016. Andrew’s career includes 21 years with Primary Industries and Regions SA in a range of industry development roles including the fibre, meat, agricultural workforce and natural resource management sectors.

His most recent role was as Senior Industry Adviser, where he worked to initiate and support agribusiness development in SA. This included being the link between different stakeholders and government on initiating, designing or assessing complex industry development projects.

He spent six years as program manager of PIRSA’s workforce and infrastructure development, identifying the workforce needs in the agrifood and wine industry to identify practical strategies for addressing gaps and shortages. He also spent seven years as PIRSA’s principal officer for the fibre and meat industries.

Prior to PIRSA, he worked as a dairy extension officer for Agriculture Victoria, providing management and technical advice and facilitation support to farm production groups in south west Victoria. He also worked as a jackaroo at Dunkeld, Victoria, on a 3200ha Merino sheep and cattle property.

Andrew grew up visiting a family farm at Kerang, Victoria, which was the impetus for him to study agricultural science at university, where he also gained formal qualifications as a woolclasser.

Andrew is also CEO of the South Australian Dairyfarmers’ Association. His role is a joint position, recognising the similar issues facing livestock and dairy farmers and the synergies that can be obtained in advocating on behalf of both industries.